We died laughing. No, we really did.

Last weekend, the Beehive was transformed
for one magical evening into The Four Deuces,
a swanky 1920's speakeasy packed with
gangsters, flappers and feuding singing stars.
[click photos to enlarge] 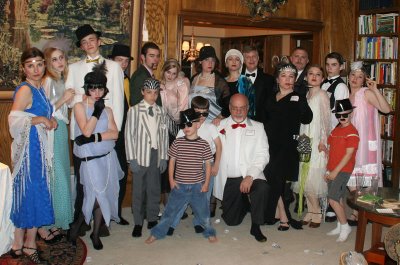 Several murders took place, none of which were adequately solved, but all of which were executed (cough) with Oscar-worthy acting skills. Bribery, extortion, theft, intrigue, bootleg grapefruit soda, fake cigarettes... we had it all, baby. HUGE fun. So much fun that we may just have to do it again. 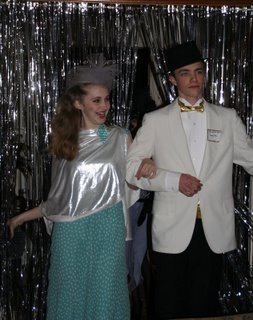 Don "Big Jim" Ravioli (badder than he looks, trust us) arrives with his sweet (or is she?) young wife Carrie Crooner-Ravioli. Winners of two awards, the coveted Best Couple Award, even though they were both dead for most of their marriage (Big Jim demanded the award, and since he would have killed us had we not given it to them, well...) and also Al Capone's special Most Enduring Couple Award (we found Al dead behind the sofa shortly after that little wisecrack, but hey, that sort of thing is all in a day's work for a guy like Big Jim). 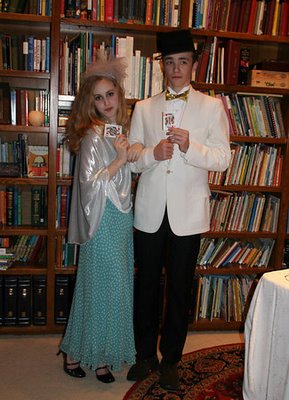 (We ::cough:: include this bonus shot of the Raviolis for our own personal safety... because Big Jim demanded we take more pictures of him and his lovely wife than we took of the other guests, and because we are very, very afraid.) 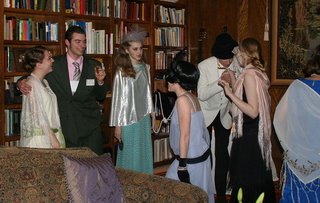 Guests mingle amiably... for a little while anyway... 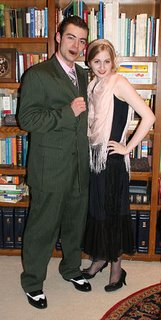 The dashing Don Wannabe and his luscious wife MeMe, the famous matchmaker, hosts and owners of The Four Deuces... 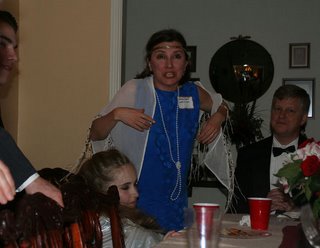 Vanessa Crooner, winner of the auspicious Best Actor Award, grieving the murder of her beloved daughter and protege Carrie. 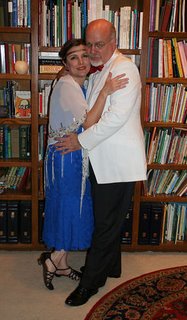 US Congressman Darrin Toosteal on the campaign trail... again... 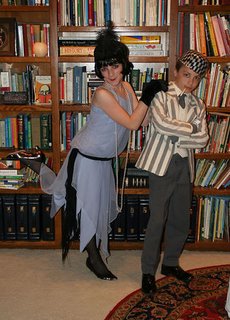 Rebecca Ravioli, winner of the Best Costume Award AND The Murderess (gasp!), and Sly Sleeze, horse race bookie extraordinaire, who was just... well, THE BEST, period. (We are The Sly Sleeze Fan Club headquarters, oh yeah. Which means we always win big at the races.)


And other guests too gorgeous for words... Vicki Ravioli, Donna Wannabe, big bad Al Capone himself, and Capo "Toto" Tequila... 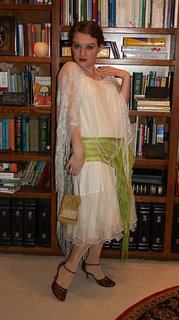 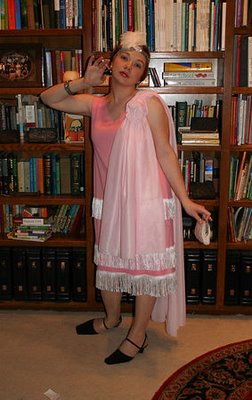 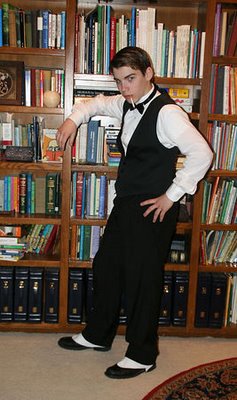 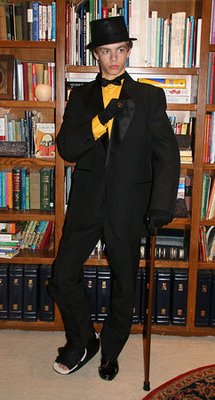 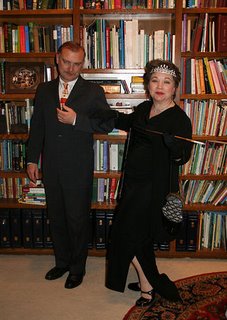 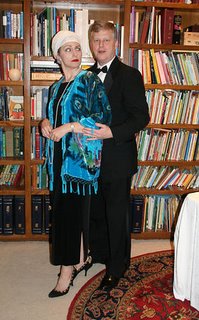 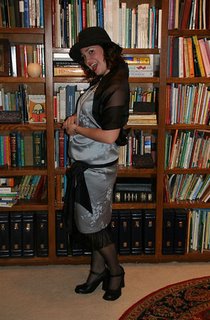 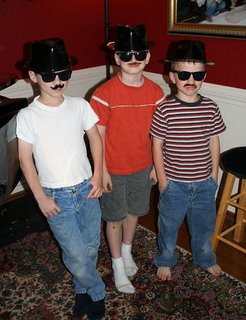 Who invited the Blues Brothers? 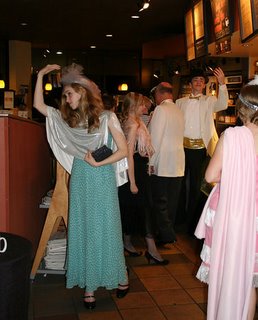 And finally, a trip to Starbucks afterward, in costume... yeah, people stared at us. More fun than is legal in most states.
by Lynn Bruce

Wow. That was eye opening.

MAN! That looks like a TON of fun, so it was like Clue except you were actually IN the game. THen you got coffee???? MAN! I love you peoples!

Man! It looks like y'all had a grand ole time...Can I come next time? Please?

Wow! I heard from Shanna F. that ya'll were going to have one of those after the Emily's wedding. It sure looked fun! You need to tell me the next time ya'll have one of those things. :) Course, I do live about five hours away....

HOW IN THE WORLD did they get ALL of Ellies hair into that wig?!?!?!!

Ellie looks so in character! Man, I wish I could do that sometime.

Shaeffer really looks like John Belushi there! Ha, what fun, what what! Only from the Brucedom.

I am only commenting so everyone can see my new profile pic :D

You just have too much fun, folks. I'm envious.

Looks like yall had a Dazzling time!
I hope it was as fun as it looks!

oh wow...how fun was that! i soo enjoyed being there.

i will always allow you to put lipstick on me.

LOL!!!!! I think I died of laughter just reading about it! So, who's idea was it? And ditto Whitney, how'd yall get Elli's hair in that wig?

Dinner and a Murder said...

I am the writer of Murder at the Four Deuces from Dinner and a Murder. I just loved your pictures and blog. I am glad you all had fun with this. I would have posted a link to your blog from the site, but you gave away the murderer. We have to keep spoilers off the website. If you want a link from us, remove the murderer identity and the let me know you did so.

How did the kids do with it? Age wise, I see some younger ones. Did they participate fully? I am curious, as I have had lots of teen groups do these and heard of younger ones playing also, but not much about how well they did.

I love the way you talk up the "bad" characters!