Due to much cheerful coercion, I shall acquiesce and reveal my shameless, unorthodox response to Great Scot's marriage proposal, exactly nineteen years and twenty-two minutes ago.

(If you have not already read that entry, I'm just happier being confused, please do so now... we'll wait for you.)

So where did I leave off? Oh, yes... Great Scot had just managed to completely flummox and bumfuzzle me with his dazzling display of... well, words fail me. I was, you'll recall, in a state of extreme confusion. Please do remember that.

To say that a marriage proposal was the last thing I expected at that moment would be the blue-ribbon gross understatement of all time.

He could have said, "I won't be seeing you for a while because I'm off for a six-week sub-Saharan safari," and I wouldn't have been nearly so surprised. After all, I'd already heard that one, from the boyfriend just prior to Great Scot -- a millionaire hotel heir, who discovered upon his return that I had not missed him nearly so much as he had imagined while out there chasing elephants and zebras across Africa. But I digress.

He could have said, "Oh, hey, sorry I'm so hyper, didn't mean to scare you, but I just-this-afternoon bought myself that new BMW -- and it's right outside!!!" Had heard that one, too. It was, after all, the 80's. 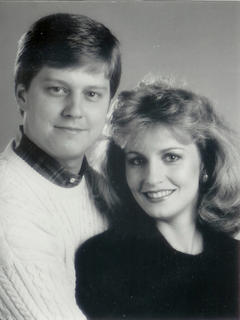 But no. What I was fairly certain I had heard him say was: "Will you marry me?"

Surely I had heard him wrong. I mean, was this really The Big Proposal? THE Big Proposal? Didn't these things normally happen on a weekend? In some lush, fantastic spot? Maybe with a nice sunset hovering over something picturesque? A little hint of a warning so you could at least get dressed for it? Candles? Something?

Why here? Why now?


I was Just So Confused. And there he sat, staring at me, waiting. His eyebrows slowly drifted upward like two question marks. I suddenly realized that he was about to cut off the blood supply to my hands. And then I noticed he wasn't breathing. This was not a healthy moment. I opened my mouth, and the first thing that came out was... 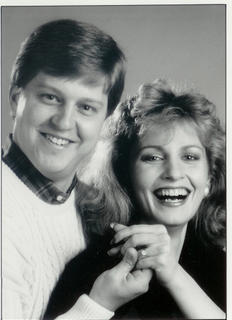 And this is...
my apartment.

I would say something but sounds like yall managed it. Really smooth. I hope I won't pass out if I have to. Okay that is a far way off. Glad to get a little insight on such things.

My parents are laughing too hard to comment, so I'm doing it for them. Betsy Trotwood(mama) sends the Queen a big laughing hug, and The Irish Question(papa) Is grinning uncontrollably at Great Scot.