Thirteen much-too-short years ago this fall, this beautiful little girl started kindergarten. She was all bubbly elation. Every morning, she lit up like a 1000 watt bulb the second she woke up. She never walked anywhere she could skip or run instead. She was all hugs and dimples and wild exclamations, an electric blur of torn tutus and and mud boots and fairy wings and bursts of operatic high C's that rattled our teeth. She was just sure that every squirrel in our neighborhood loved her.

She almost always climbed in my bed at 5 AM and put her soft, warm hands on my cheeks, and with her  little nose touching mine she would promptly fall back to sleep. So for a small, golden window of my life I got to wake up beholding a cherub every morning.

A kindergartner!  At last, she could do school with big sister! She was so happy to finally be in our first day of school picture and to have her own grade sign! But she didn't want a "K" on her grade sign because that was just a silly letter, and big sister got a nice pretty number on hers. She wanted a number, too. Since she was reading already (honestly, I never saw a child learn to read faster than she did), I caved in and let her have a nice pretty 1. And then I let her be a kindergartner.

Little brother arrived a couple of years later. Then a few fast and glorious years later, big sister's number was rather suddenly a 12... and so her sophomore year, for the first time ever, she had to learn to do school alone. That was also the year I was sick. It was all a very hard transition, and she was lonely and sometimes sad and scared. But in due time she rose to the challenges and emerged from all of that with an even brighter spirit, a will of iron, and a whole new set of fancy superpowers. 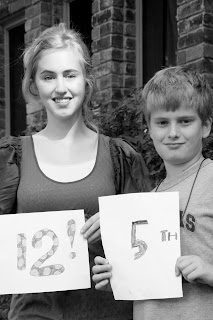 And now, my beautiful cherub is a senior. She's still 1000 watts of several sorts of wonderful: she is wise, perceptive, compassionate, ridiculously funny, trustworthy, intuitive, talented, elegant, grounded, beautiful, brave, and one of the most crazy fun friends I've ever had.

She loves the Lord with all her heart, can sing most anything, discusses Shakespeare with gnomes, penguins, and middle school children with equal ease, and really knows how to rock a fabulous pair of shoes.

I feel honored to be her mother, friend and sister in Christ. And I've grown to suspect that the neighborhood squirrels do, in fact, love her. 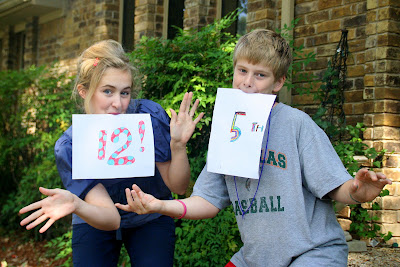 I know I sure do. 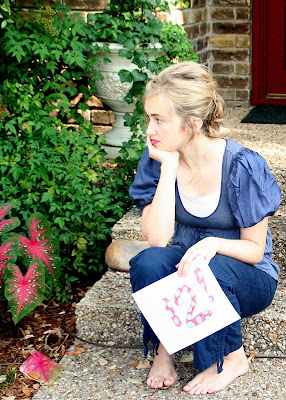 The days are sometimes long,
but the years are so short.

Deep sigh. This post made me smile and cry and hope and re-resolve to give my all to these short years (as it is plain you have done). I am 5 weeks into year one with my little cherub:) This blog is my very favorite in the whole world. So glad you are back at it!

I only met your beautiful daughter at the writing workshop a month ago, but it's easy to remember all you describe in this post in her eyes. Her resolve and discipline and wisdom and perceptiveness radiate from her like light from the sun.

You must be incredibly proud of her.

I just discovered your blog. Ack, this made me cry--my eldest is AO Y2, and we just named our fourth child Beatrice in November. Just today I was saying to myself how the days can drag but years fly...what a privilege and blessing to be a mother. Rachel