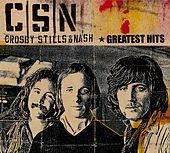 Ever since I made that monstrous pan of lasagna last month, Fa-So-La-La has been itching to try her hand at it. Tonight she took over the kitchen, and lo and behold, the gal may well layer up an even better lasagna than I do. (Which is fine with me: I figure it serves my best interests for everyone else in the house to out-cook me, but don't tell them I said so.)

Great Scot felt he HAD to get some CSN to fill our offsprings' cultural gaps... when we first heard the title track of Nickel Creek's new cd WSTFD, he and I looked up within the first few bars and said, almost simultaneously, "They've obviously been listening to Crosby, Stills and Nash!" Whereupon our daughters revealed that they didn't know who that was. Yikes.

But now they do. And they liked it. I think I even heard someone humming Southern Cross over the kitchen sink a few minutes ago. Great Scot can retire for the evening feeling like he's done his part for Beehive Cultural Awareness today.
by Lynn Bruce

I am ashamed to say that I myself have never heard of Crosby, Stills and Nash. Oh, the horrors!